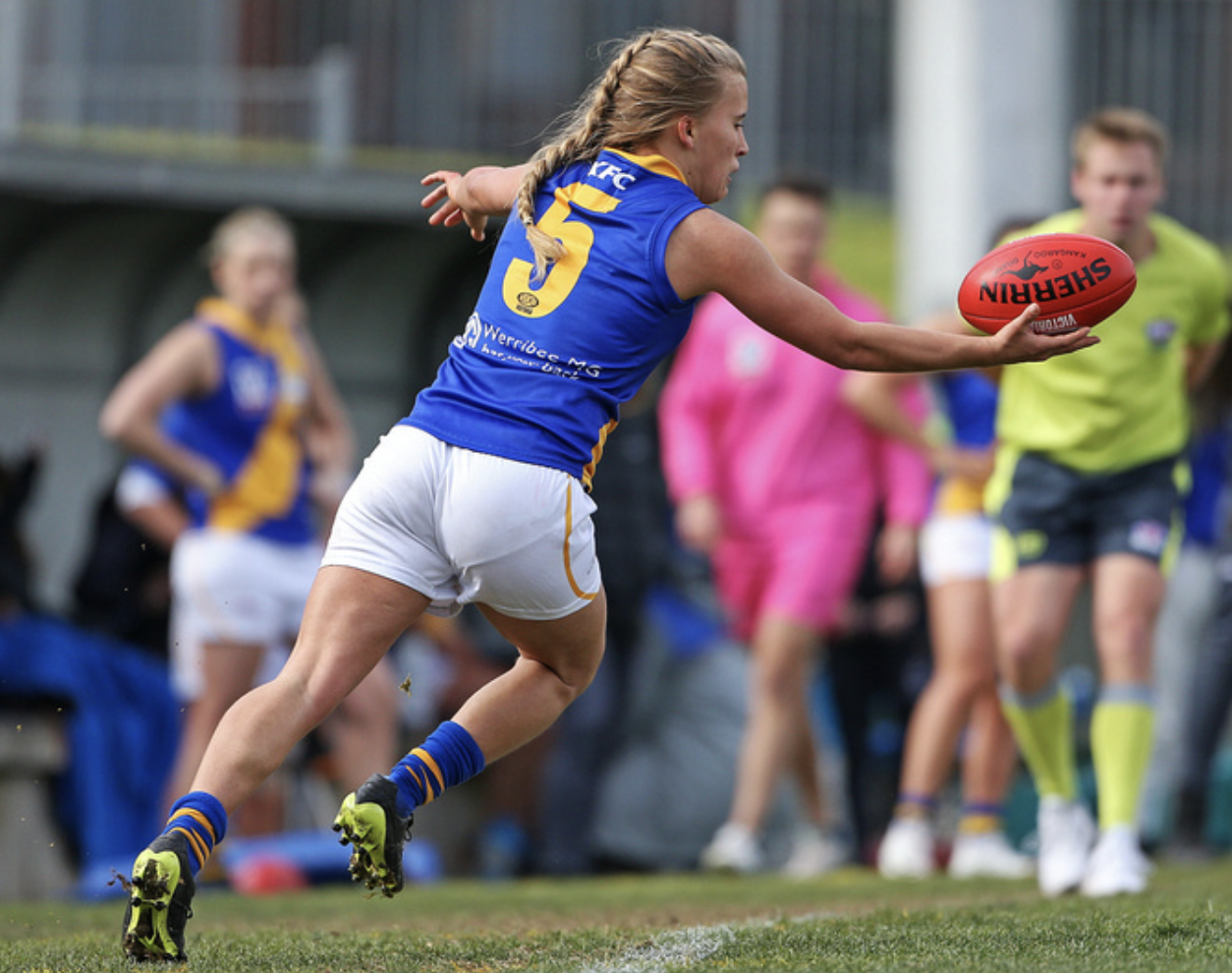 Williamstown fell away in the last quarter in a 23-point loss to Carlton in Round 11.

Stepping onto Ikon Park is an honour for all players. The historic venue still holds value in today's match played at the AFLW ground.

AFLW veteran Moana Hope had some words to the girls before the match to remind them of their achievements so far in the season and she stated she loved "the growth of the team, every week in one way or another we improve".

The Seagulls looked a little flustered of it all in the first quarter as the Blues jumped out to an early two-goal lead in the first quarter. In the second it was a breakout match for young tall Jedda Heard. She was outstanding in the corridor, taking big marks with quick hands to find openings for the Gulls to use their speed. It was our leading goal kicker Sharnie Whiting who once again opened the scoring for us.

The third quarter is seeming to become our favourite quarter with us running over the opposition regardless of standings. It was also at this time that the contest began to become a passionate contest with co-captain Nikki Wallace leading by example. A late bump - she was there - a rough tackle - she was there to pick our battered girls up. We entered the final quarter only down by nine points.

Unfortunately it was a run away in the end. Despite the Seagulls getting within three points, fatigue set in as the girls grew tired after running on such a big ground. Yet the girls remained competitive until the final siren and are looking forward to finally returning home to take on the Bombers next week.

Best on for Williamstown were centres Heard and Ruby Tripodi, full-back Danica Pederson stood out as well for the girls.