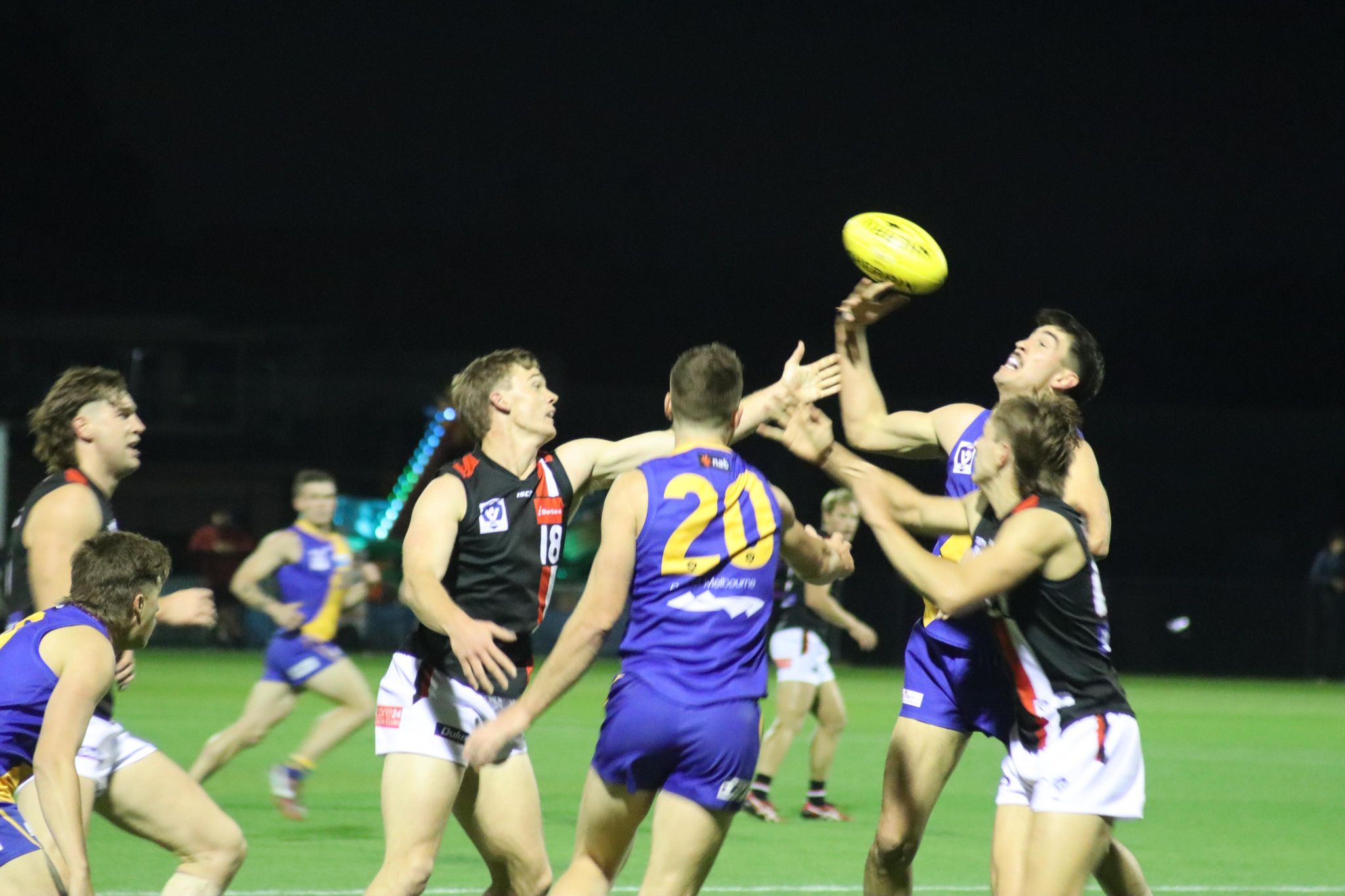 A reward for hard work and dedication saw Brayden Monk play his 50th VFL game and Darcy Fritsch debut for the Seagulls.

Under the lights at home, it was a tough opening quarter with Frankton kicking 3 goals to the Seagulls' 3 behinds, but we only trailed by 19 going into the second quarter.

The second quarter was difficult for both teams with neither scoring a major in the quarter with solid defensive efforts from the backline. The ball was mainly played between the arcs with the Seagulls winning the quarter outscoring Frankston 6 behinds to 3 behinds.

The third quarter started well for the Seagulls as Max Philpot kicked a major to start the quarter before Frankston kicked four of their own.

The final quarter saw Nick Mellington and Ben Woodfull add goals to the scoreboard but Frankston kicked three of their own to run out winners.

Liam Hunt led the disposal count with 26 disposals, Corey Preston was second best with 19 disposals with Teia Miles and Finbar O'Dwyer having 18 each.

The VFL heads up to Brisbane next week to take on Brisbane's VFL team, with the game starting at 1:35 pm.