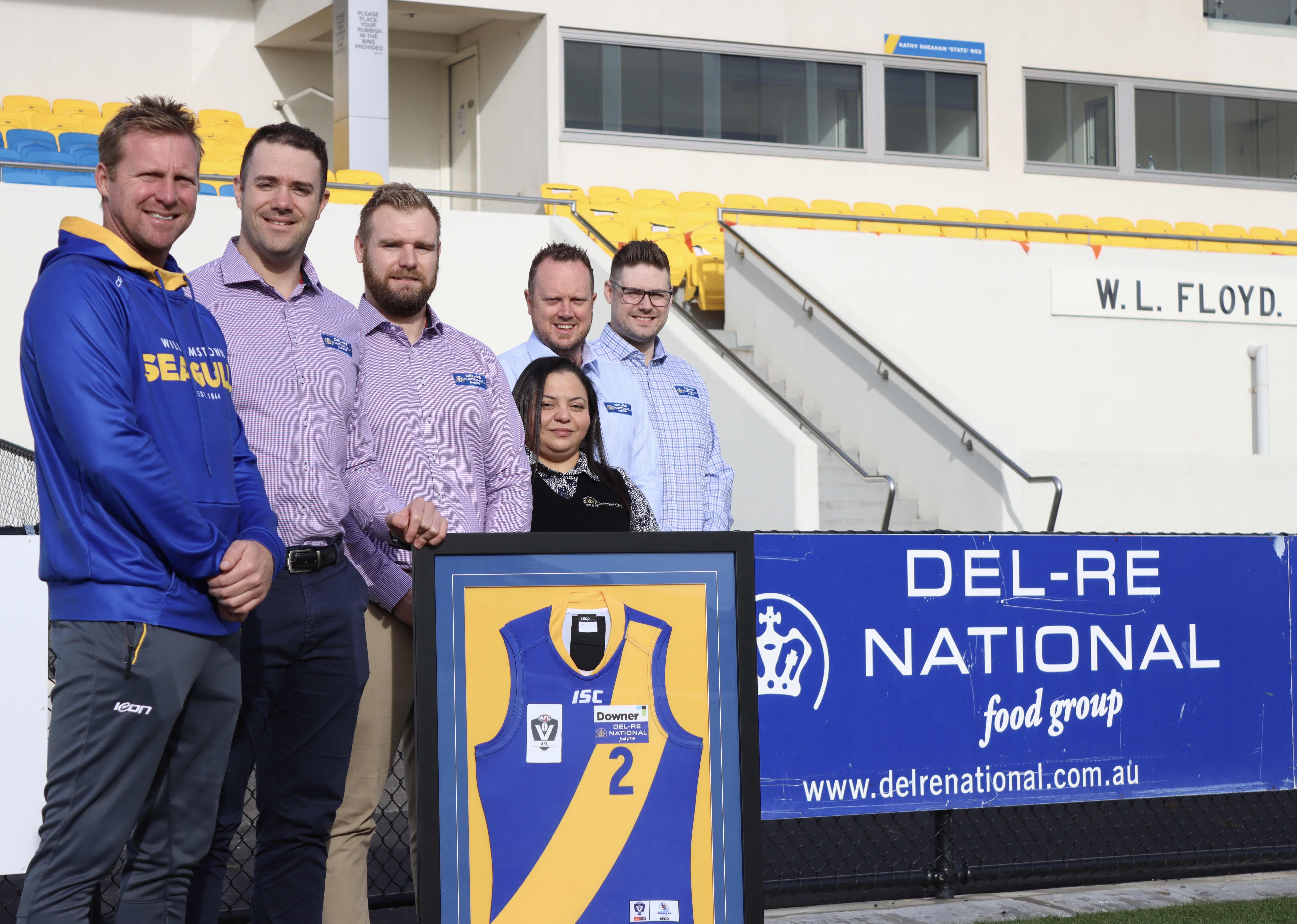 Del-Re National Food Group was formed through the amalgamation of three independent likeminded foodservice businesses, owned and operated by its current directors.

With over 30-plus years of industry experience, the foundation of what is now one of the largest independently owned and operated Victorian foodservice operations.

As an entirely family owned and operated company, Del-Re National has established a sound base of core values and integrity, and its logo has been proudly placed on the front of our 2021 VFL jumper.

Head of Commercial Nick Dimartino said he was thrilled to be partnered with the Seagulls.

"There's a bit of family history here; my father played here, my uncles played here and I played here, so to be support the Club is fantastic, it's great to come down and get on board," he said.

"We're looking forward to networking and just getting around the people at this Club which is filled with rich history and a lot of good people."

Del-Re National Food Group is the naming rights sponsor of our upcoming 1990s Team of the Decade event. Click here to book your tickets!