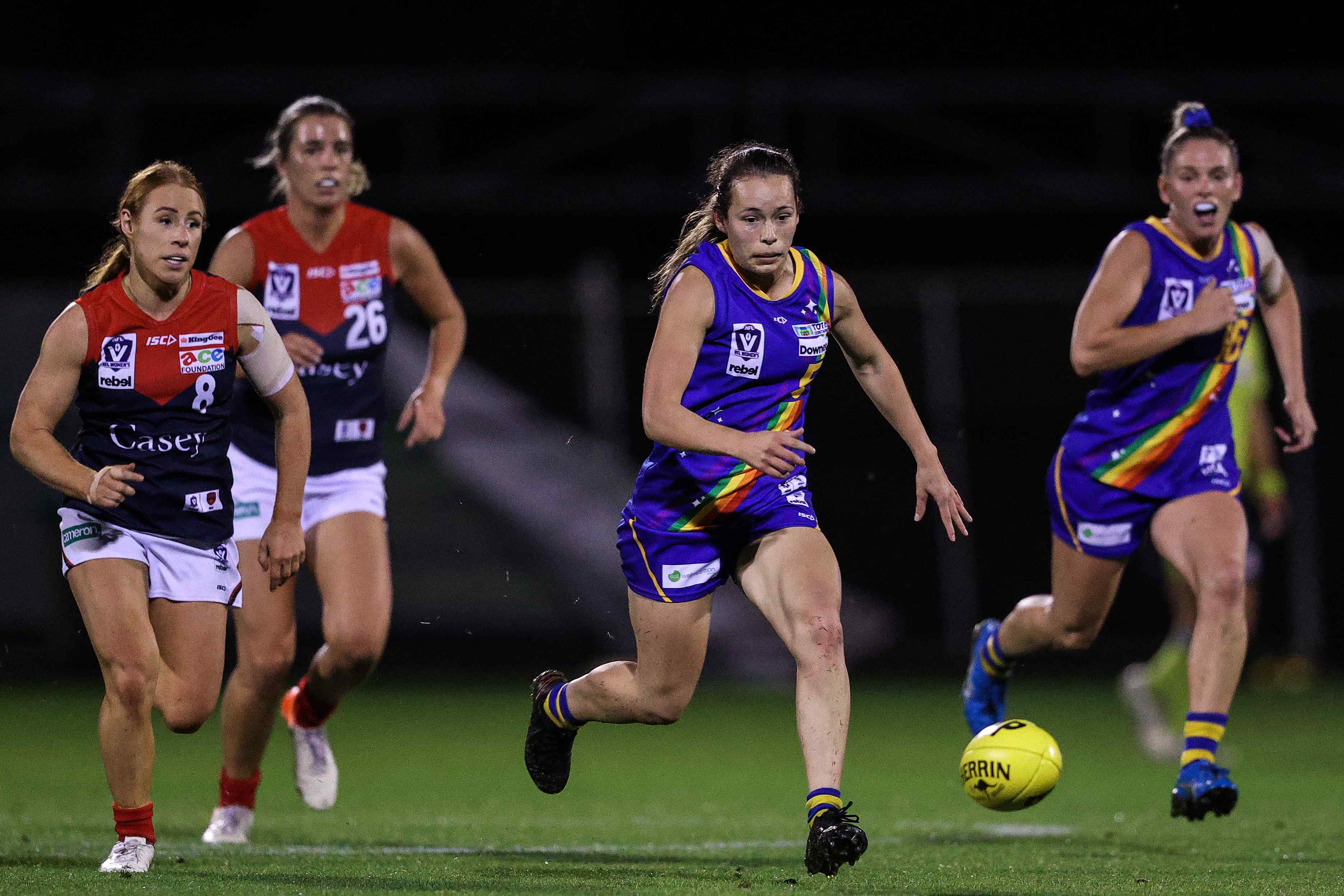 It was the second match of a Pride Round double-header, with both our VFL and VFLW programs sporting a rainbow sash to help promote diversity and celebrate inclusiveness.

While it held off for the majority of the women's contest, afternoon rain meant a slippery deck greeted both teams for the 7pm bounce.

With captain Erin Meade absent through injury, vice-captain Eliza Straford took the reins and led from the front with her fierce forward 50 pressure.

Steane was prolific through the midfield with 18 disposals and nine tackles on a tough night, while Keaney (17 touches, three marks, four tackles) was an important figure in defence.

Small forward Tori Snelleksz was also impressive with 11 tackles on the night.

The Demons fielded several AFLW players in their lineup on the night. But despite this - and an early goal - It was promising signs for the Seagulls early, the Towners holding possession in their forward half and penetrating the 50m arc but just not able to capitalise on all their good work.

It was a very impressive tackling performance in the two quarters by the Seagulls as Casey struggled to move the ball with any freedom going forward, only allowing three Demon goals in the first half.

The Seagulls were in with a chance going into half time, but the Demons' strength and experience won out and their star-studded lineup took the four points under lights.

Williamstown will regroup and return to Downer Oval this Saturday for an 11am game against Darebin, who it defeated in Round 1.

If you haven't yet, click here to join us on our 2021 journey with a membership!