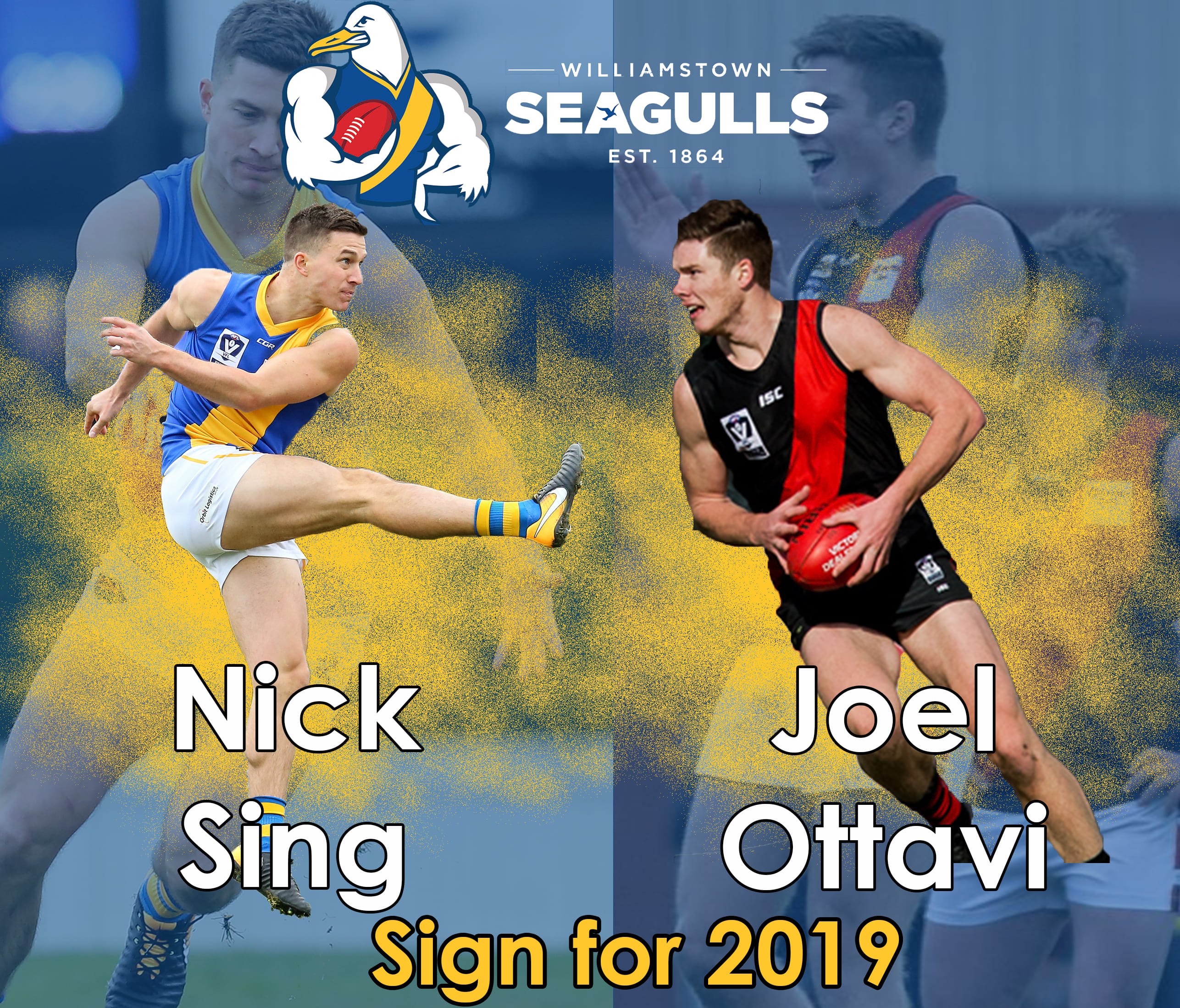 Williamstown Football Club is delighted to announce the signings of Nick Sing and Joel Ottavi for the 2019 season.

Sing returns after one season with Collingwood VFL in which he featured in 6 matches in 2018. A 2015 premiership player, Sing previously had played 92 games with the Seagulls and will add experience to the defensive half following the loss of veteran Peter Faulks.

Ottavi comes to the Club following two seasons at Essendon VFL. The key forward / ruck will continue to develop at VFL level having only been able to manage 5 matches at the Bombers given their AFL listed ruck stocks. A premiership player in the Ballarat FL in 2018 with East Point, Ottavi joins close friend Hayden Walters at the Seagulls and will give the side added versatility.

“From a club perspective, it is great to have Nick back following his 2018 season spent at Collingwood as he brings a wealth of experience into our defensive half to help support the likes of Joel Tippett and Jack Charleston. Joel will continue to develop at VFL level having spent two seasons within the Essendon VFL program and we believe he will definitely benefit from being in our program working alongside guys like Nick Meese, Sam Dunell and Nick Rodda” said GM-Football Stephen Soulsby.