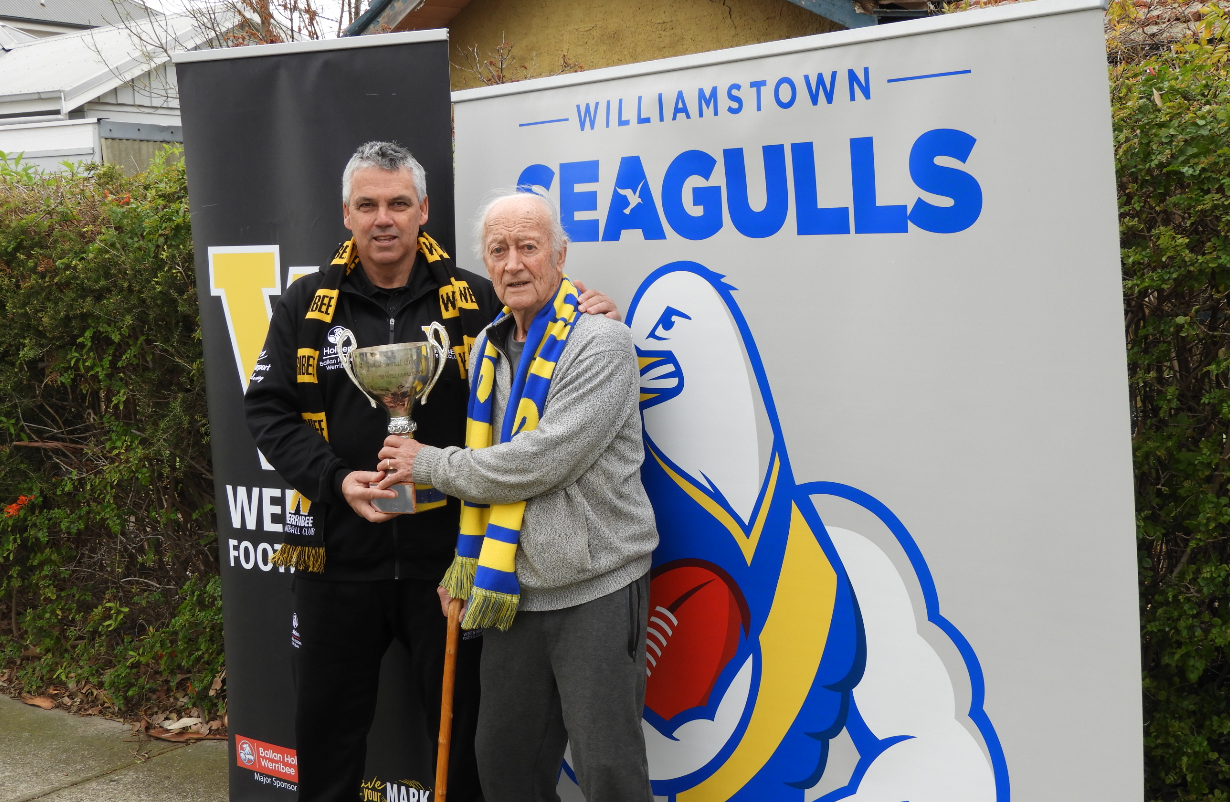 This week's game between Williamstown and Werribee holds a special connection.

The stakes are high when the two sides - currently in the fifth and sixth spots on the ladder - battle for the annual John Pyne Cup at Avalon Airport Oval on Sunday.

New senior coach of Werribee Mark Williams - who took the reins in the off-season - met with father-in-law and Seagulls legend John Martin at his Williamstown home during the week.

The 85-year-old won the coveted Liston Medal in 1956, is a four-time premiership-winning Seagull, multiple best and fairest winner and a wingman in Williamstown's Team of the Century.

Williams might have coached 274 AFL games including a premiership with Port Adelaide in 2004, but that didn't stop Martin from providing some gratuitous advice of his own for this Sunday's contest.

"I tell you what, over the years all that was said to my players was go at your top when it's your ball to go for, that's what I used to say, that's all you had to do," he said.

"And these days, don't kick backwards. AFL is a combination of AFL, soccer, rugby. I've never seen so many scrums these days.

"You've got to now realise, you can't be beaten by sides below you but if you can beat sides above you, that's a bonus," Martin added, using his words of wisdom to help inspire both clubs into the back half of the season.