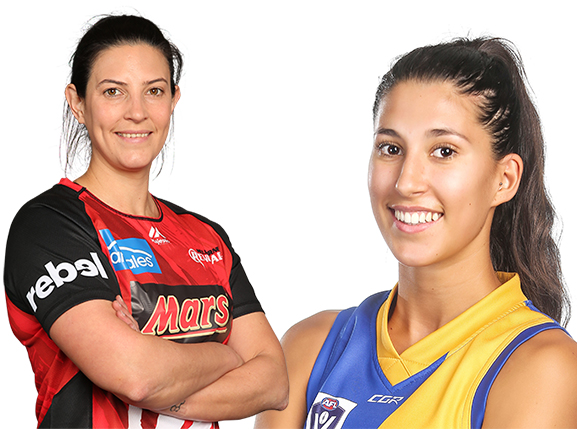 Williamstown Football Club is thrilled to announce the signings of Emma Inglis and Sophie Barbas for the 2019 VFLW season.

Inglis, a former Australian women’s cricketer, will have her first taste of VFLW action this season.

Having played with the Victorian state team for the past 14 seasons, the cross-code athlete has been with the Club in a working capacity as the Club’s dietician since last November.

Since taking up the opportunity to train with the squad, Inglis has adopted to the game very naturally and will continue to evolve as the season gets going.

Inglis kicked two goals in her first outing before suffering an injury to her wrist.

Barbas comes from the Collegians Lions in the VAFA where she has spent the past three seasons.

Having played representative basketball for six years prior to joining Collegians, Barbas has shown encouraging signs over the pre-season period and will add versatility to the Seagulls squad.

“Sophie has been with us since the start of pre-season and has been rewarded for her development of the past couple of months,” GM-Football Stephen Soulsby said.

“Emma’s path has been very different. Having commenced work with us in November, she took up the opportunity to have a run around and showed plenty of natural ability. She also has plenty of experience through her cricket at national and state level, with her leadership she will also provide plenty of guidance off-field for our young list.”