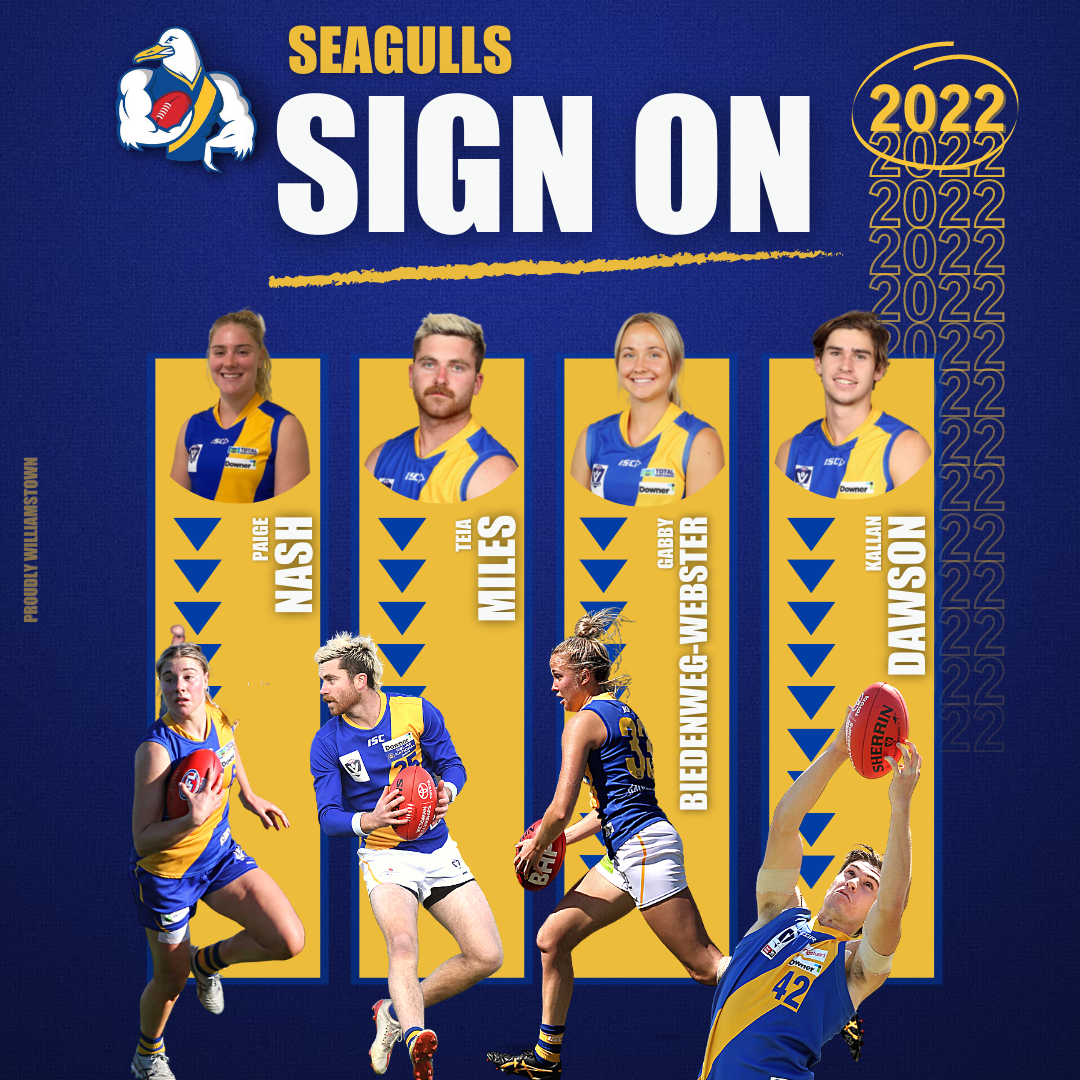 Four more Seagulls will extend their stay at Downer Oval for the 2022 VFL and VFLW seasons, with VFLW leading goalkicker Gabrielle Biedenweg-Webster, talented defender Teia Miles, VFLW star Paige Nash and the up and coming Kallan Dawson all confirmed to be signing on.

In her first uninterrupted season at the club, Beidenweg-Webster proved to be a strong contributor at both ends of the ground. As a key forward, she kicked four goals, more than any other Seagull in 2021, while also playing an influential role down back in the latter stages of the season. The 23-year old's commitment to the club in 2022 comes off the back of her receiving the VFLW Most Promising Player Award during the club's End of Season Awards night.

Following his arrival from Hawthorn at the beginning of the year, Miles has slotted into the Williamstown back half seamlessly, playing eight of a possible nine games in 2021. The 25-year old's re-signing will likely give him the opportunity to reach 100 VFL games in the 2022 VFL season, currently sitting on 89.

Nash was one of Williamstown's most improved players in her debut VFLW season with the Seagulls, with her versatility and agility on show throughout the nine games she played this season. Re-comitting to the club for the 2022 campaign, the 21-year old will hope to continue her impressive form.

This will be Dawson's fifth season at Downer Oval, with the 23-year old defender looking to add to his five senior games with the Seagulls. The popular Gull took home the VFL Medical Team award at the End of Season Awards last month.

View all of our latest re-signings via the links below: