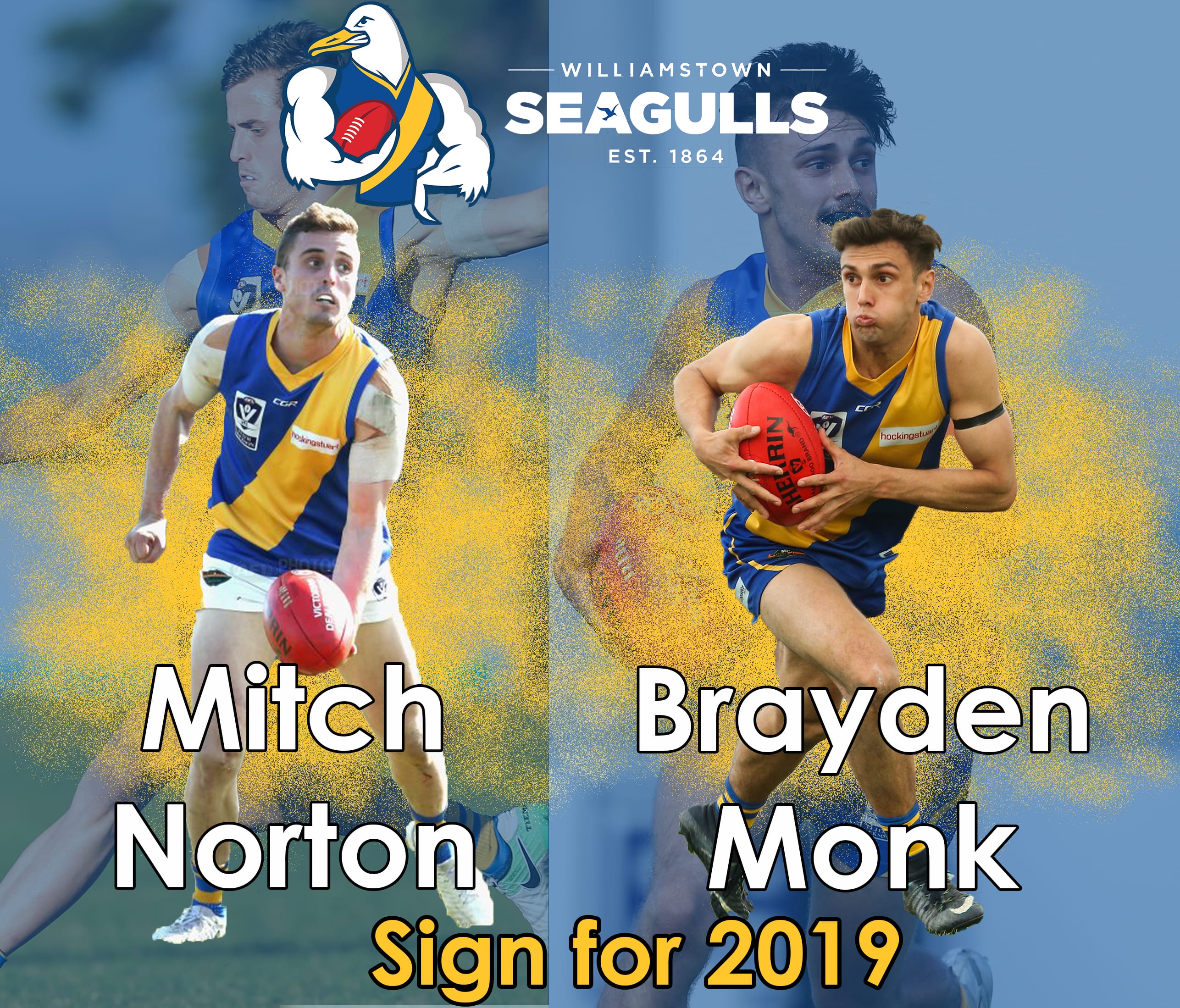 Williamstown Football Club can announce the re-signing of two of our up and coming stars in Brayden Monk and Mitch Norton for the 2019 season.

One of the success stories of 2018, Brayden Monk had a breakout season playing in all 20 matches after featuring in our Development League side for the past three seasons including a Best & Fairest win in 2017. Coming through as a midfielder from the Western Jets, Monk was unable to break into the senior midfield group and went about changing his game as a small running defender over the 2018 pre-season.

His run and carry off the defensive half was a showpiece of his performances in 2018, catching the eyes of AFL recruiters, in particular, his efforts in the second half of the preliminary final against Box Hill. At just 22 years of age, Seagull fans will look to see Monk continue to push his game to another level in 2019.

Norton played a career-high nine games in 2018 with injury interrupting his season during the mid-part of year, however, was able to return late in the season to provide plenty of outside run. An injury against Richmond in the Qualifying Final, Norton was unable to return against Box Hill and has shifted his focus in having a big pre-season to push for greater consistency following the departures of Brett Bewley and Ben Jolley.

“Both Brayden and Mitch are part of a group of players aged between 20-23 yrs of age that are looking to play consistent football at VFL level. Brayden had a standout season whilst Mitch was no doubt frustrated with the injuries he copped throughout 2018. The ability to continue to bring players through like Brayden and Mitch will allow us to progress their ongoing development which is integral to both them and the Club” said GM-Football Stephen Soulsby.