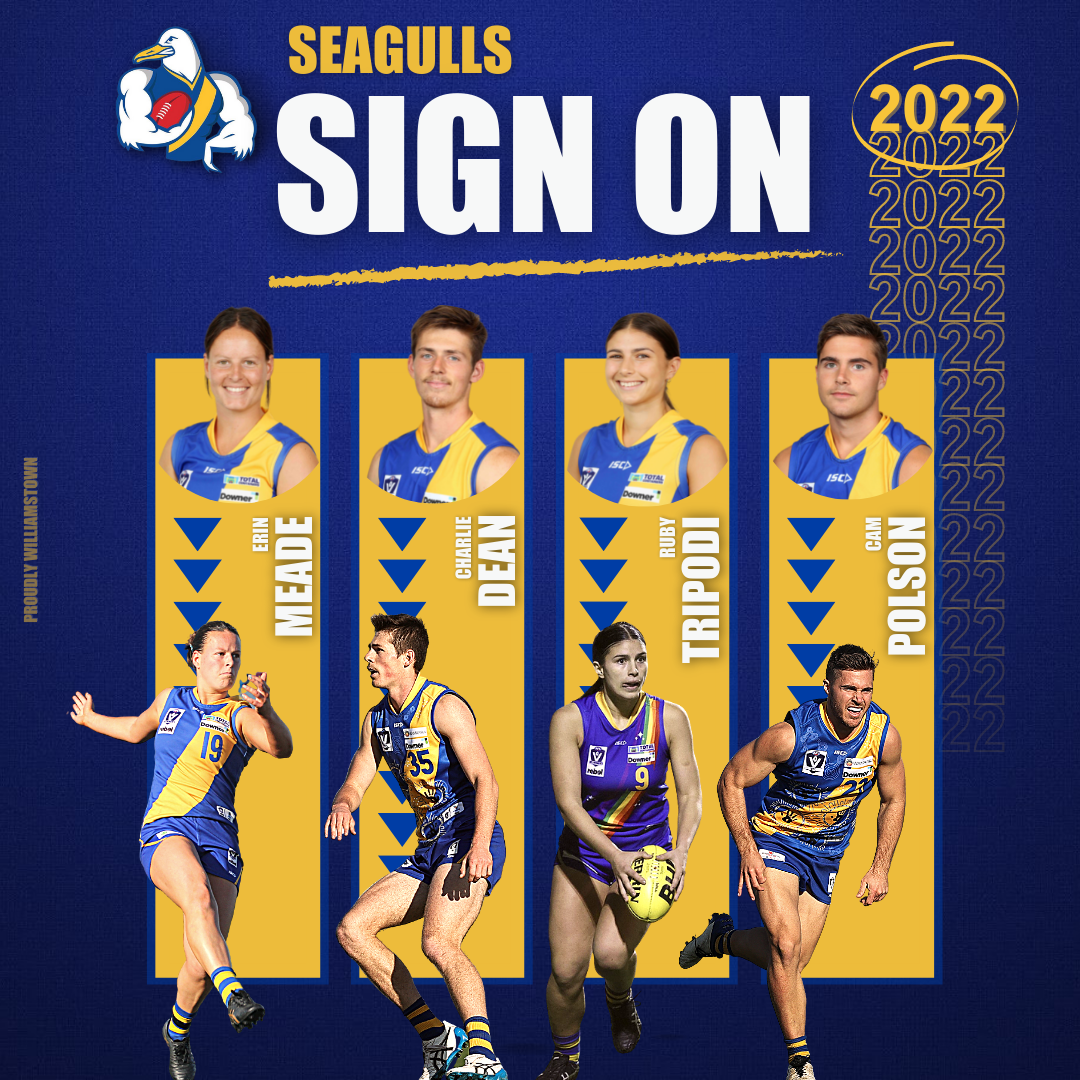 Dean's re-signing comes on the back off his Fothergill-Round-Mitchell Medal triumph last night, becoming the fifth Seagull to claim the award. Earlier this year, Dean also claimed Williamstown's Most Promising Player and Player's Player at the End of Season Awards after a standout first year of VFL football from the 20-year old key defender.

Meade will embark on her fourth season at Downer Oval after yet another consistent season in the back half, and will be joined by teammate Tripodi who firmly put her name up in lights with a best and fairest winning season in 2021, with the midfielder also claiming Williamstown's VFLW Players Player award.

Polson signed a two-year deal in 2021 after arriving from Carlton's AFL program, and turned out a classy first season, tying for third in the Gulls VFL best and fairest alongside Jack Toner, Liam Hunt and Corey Rich.

Stay tuned for more re-signings very soon, and maybe some new faces too..