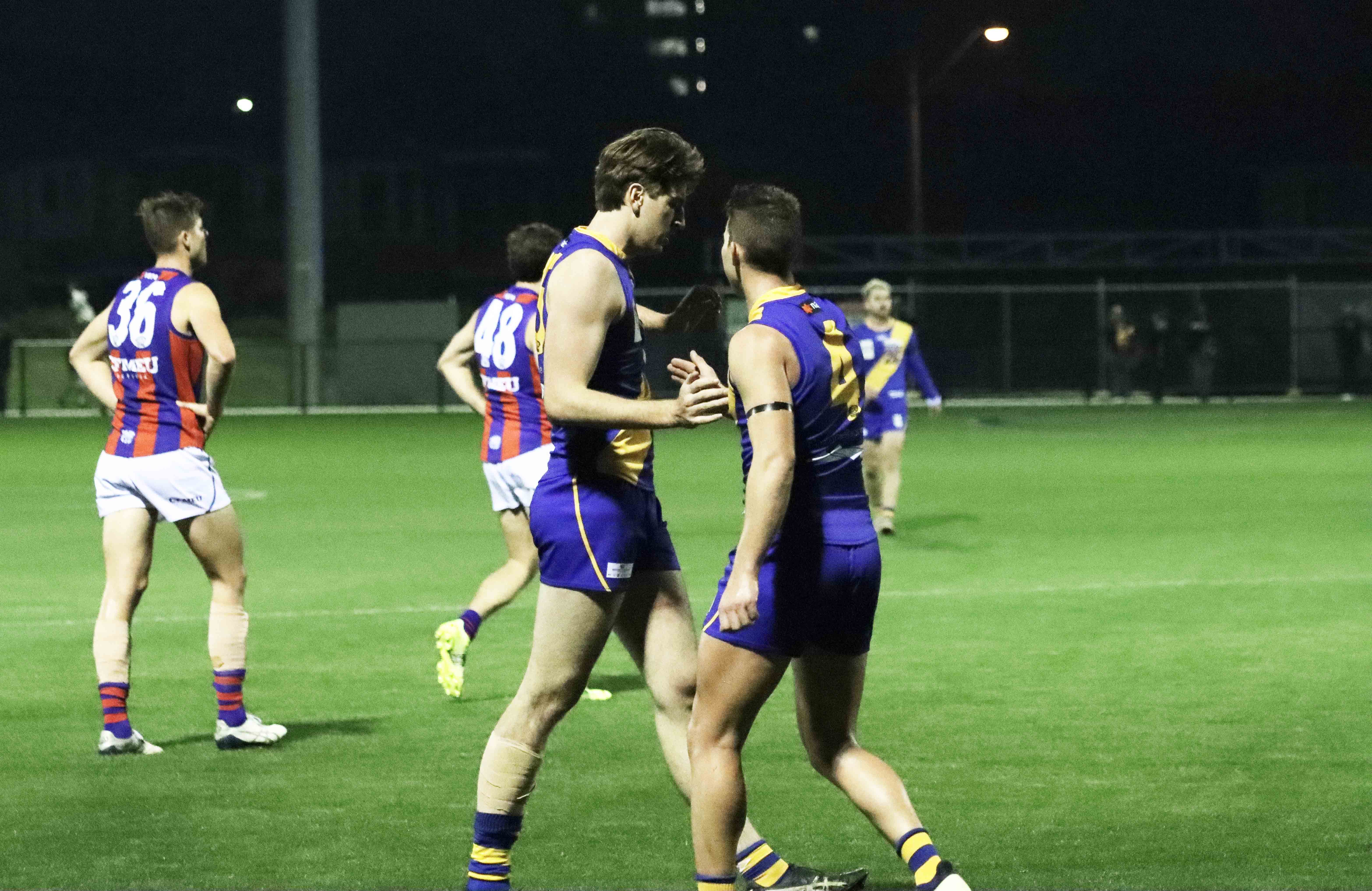 Williamstown Football Club congratulates Sam Conway who made a successful VFL debut in Saturday night's Round 3 win against Port Melbourne, after coming into the side as a late inclusion for Tom Downie.

The 203cm ruckman has been developing his craft since joining the Club at the beginning of 2019.

"Sammy was good, he came in and played his role and I think he ended up winning the hit outs," Plapp said after the game.

"When Tom went out we felt that he would come in and fill that void really well. Our midfielders have been really strong this year (and) he aided that (against Port Melbourne), not that we got a lot of easy ball out of the centre - we did towards the end of the game - but he came in and fulfilled that role.

"I'm not sure what Tom Downie's time out is going to be, but we would be pretty happy with playing Sam again, I think he showed us that he's going to be a really good VFL player, he's a young player that has a lot more development in him to go, but he certainly won his position on the night."