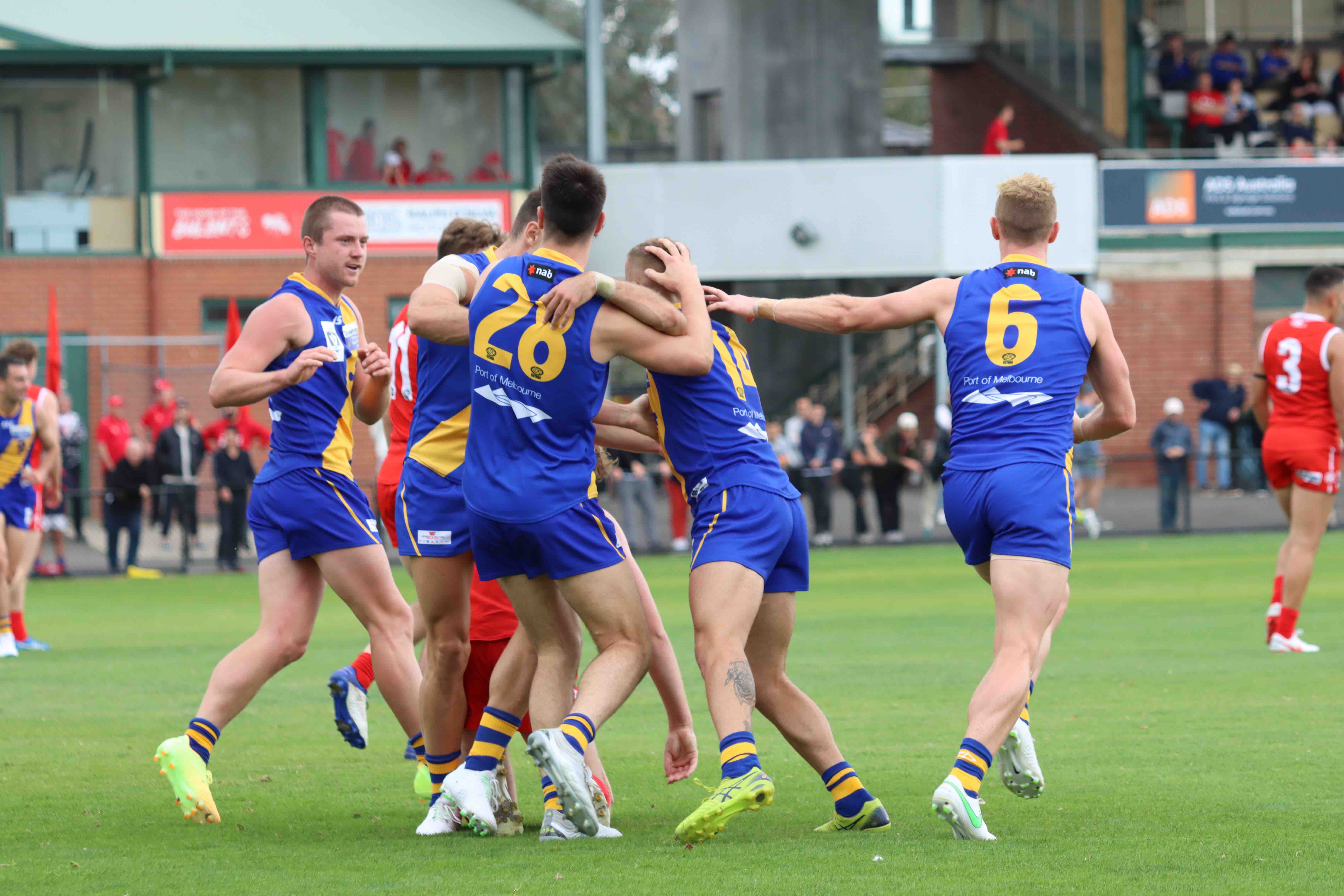 After 574 long-awaited days, VFL football was back for Williamstown and the Seagulls rose to the occasion, running away dominant winners against the Northern Bullants at Preston City Oval.

The Seagulls fielded 13 Club first gamers in the all-standalone encounter - our first since the 2019 grand final.

Both sides were blowing out the cobwebs early in the opening quarter, but once the Seagulls got going, they had a ruthless tenacity that the home side struggled to handle.

It was an all-round strong team performance - Jake Greiser, Mitch Hibberd and Liam Hunt all had 27 disposals each, while skipper Adam Marcon and midfield counterpart Luke Meadows had 26 and 24 respectively. The on-ball brigade thrived off the aerial dominance of Tom Downie (32 hitouts and nine marks) who continued from his strong pre-season form.

Footy was played between the arcs in the early part of the first term. It took 13 minutes for the first goal to be kicked and it was Gallucci who sailed through our first. But he didn’t stop there as moments later the dangerous mid/forward struck again, wheeling onto his left foot and converting out of a forward pocket stoppage on a tight angle.

Marcon led from the front in the early stages, dominating the first quarter with 10 disposals to help set up a 13-point quarter time lead.

The Towners kicked into second gear after quarter time, led by big man Joel Ottavi who kicked back-to-back goals, starting a mini goal-fest in the second term. Defender Jake Greiser hit the scoreboard with a classy finish from just inside 50, while a Liam Hunt snap and a long-range goal on the run from Hibberd firmly put the game on the Seagulls' terms, extending the margin to 39 points at the main break.

Entering the third quarter, key forward Ottavi struck slotting his third goal, but it was the Nick Rodda show during the term, kicking a hat-trick of goals, including a nice left foot snap putting his class on display. Gallucci found the scoreboard again in the premiership quarter with a goal reminiscent of his first, taking his goal tally to three for the day and proving his worth very early.

The Seagulls held a 48-point lead heading into the final term, much to the delight of the Seagulls fans who travelled to Preston to watch their team on display.

As play recommenced in the final stanza, it was none other than the dominant Ottavi who went back and kicked his fourth as a major focal point up forward while also pinch hitting in the ruck. The game was capped off perfectly with first gamer Noah Gown kicking his first goal for the Club after the final siren, extending the final margin to 52 points in a great display of football.

Williamstown enters Round 2 against western suburbs rival Werribee next Saturday, April 24, at Avalon Airport Oval full of confidence after the impressive win.