Ned Kelly was "a tough centre-half back"

Throwback Thursday brought to you by Nelson Bros Funeral Services. 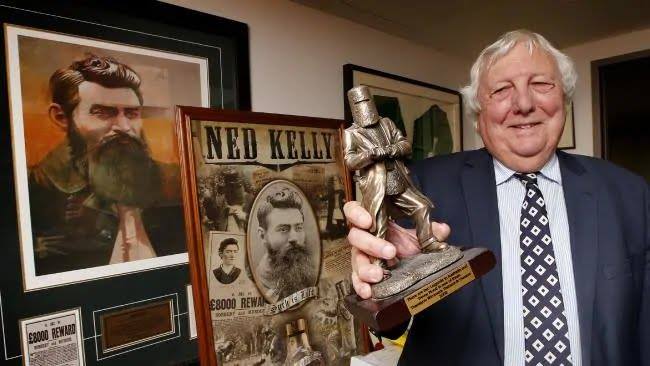 Williamstown's longest-serving president, Trevor Monti, has a keen interest in the famous Australian bushranger, Ned Kelly, and was adamant that Kelly played 11 games with the Seagulls in 1873 as a "tough centre half-back with unconventional tactics".

Furthermore, he was on track to winning the Club best and fairest award before being reported for head-butting the emergency umpire in his last game and was subsequently suspended for six matches.

Kelly was just 17 when he was imprisoned from June 1873 to January 1874 on the floating prison hulk, Sacramento, which was docked at Pt Gellibrand. He came ashore each day to work on construction of the sea walls and later on the artillery bunkers adjacent to the football ground.

Kelly was returned to Pentridge after his prison stint at Williamstown and then immediately went back to the family home in Greta in Victoria's northeast upon his release. Trevor Monti wrote the first official summary of the Kelly trial which was published in 1981 and he has maintained an intense interest in the bushranger ever since.

You can hear more from former President Trevor Monti on Ned Kelly's 11-game stint with Williamstown during the Club's Heritage Display as part of the 2021 Australian Heritage Festival.