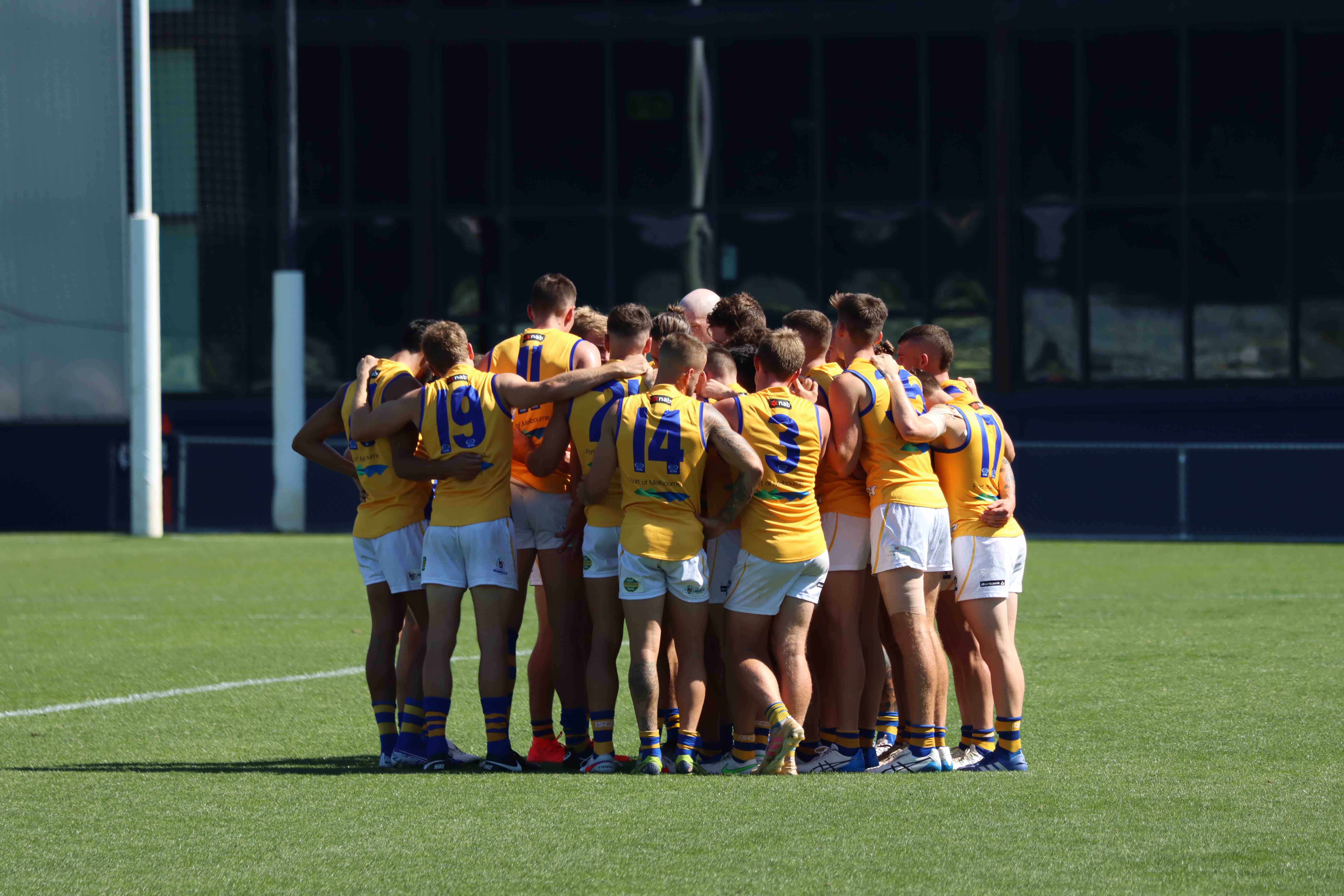 It was a tale of two halves in Williamstown’s third practice match of 2021.

The sun was beaming down on Ikon Park in a clash that gave new Seagulls and returning players another chance to gel in the lead up to Round 1, while several youngsters continue to press their case for an early VFL debut.

Nine separate goal kickers would please head coach Justin Plapp, despite the 15.12 (102) to 11.11 (77) result. Leading ruckman Tom Downie was superb once again, while recruits Cameron Polson and Harrison Macreadie were solid in their first games against their former side.

The game was played on Williamstown’s terms for much of the contest, but it was a third-quarter lapse that saw the Blues establish their eventual match-winning lead.

Thirty-minute quarters were played, while the adjusted re-set rule was also implemented.

Williamstown was off to a flyer; Downie, Nick Ebinger and Nick Rodda all nailing early set shots. And when big man Joel Ottavi put through a chekside on the run, the Seagulls held a 24-0 lead.

Jaylon Thorpe found himself on the end of a blistering chain and snapped the Seagulls’ fifth of the quarter to answer the home side's opener.

Against the wind in the second quarter, Williamstown still had the momentum, peppering the goal face for an inaccurate return of 2.7 and a half time lead of 13 points.

In a reverse of the opening stanza, the Blues began the second half with four early goals until Williamstown began to wrestle back some momentum.

New recruit James Peters had his forward pressure rewarded when receiving a holding the ball free kick and kicking his first goal in Seagull colours – a highlight of the third quarter.

Trailing by 19 points, the Seagulls began the final stanza on a mission – Ottavi putting through his second major less than a minute into the term.

Corey Rich capped off a strong day with two last-quarter goals, before the Blues converted late chances with the breeze to blow the margin back out to the final 25 points.

There were once again plenty of positives to take out of the pre-season hit out, as the Seagulls gear up for one last match against Casey next Saturday until the home-and-away season begins on April 18.

If you haven’t already, stand Together with us in 2021 and sign up as a member today! Call us on (03) 9391 0309 or CLICK HERE to purchase you and your family a membership and experience the thrill and excitement of Williamstown match days. 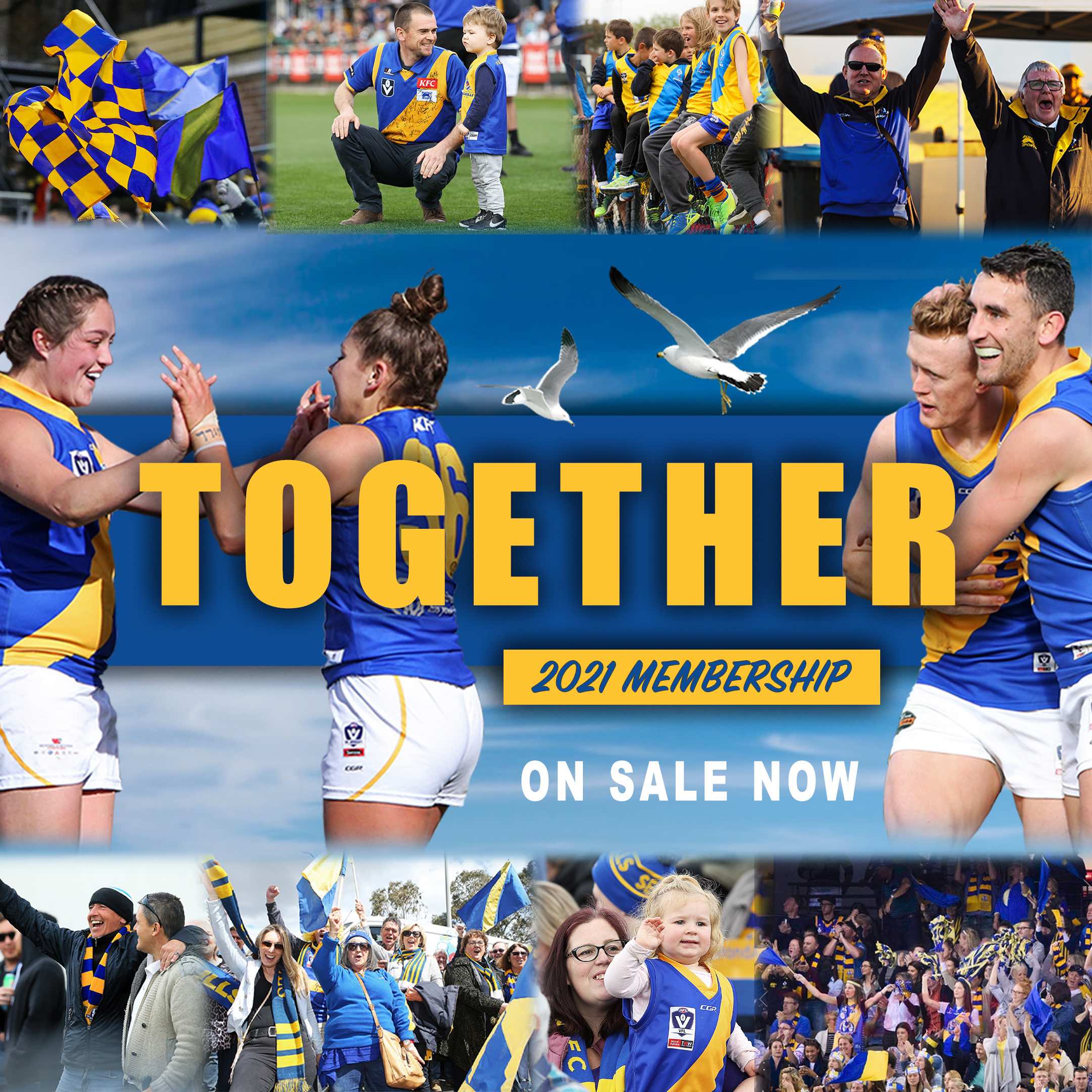