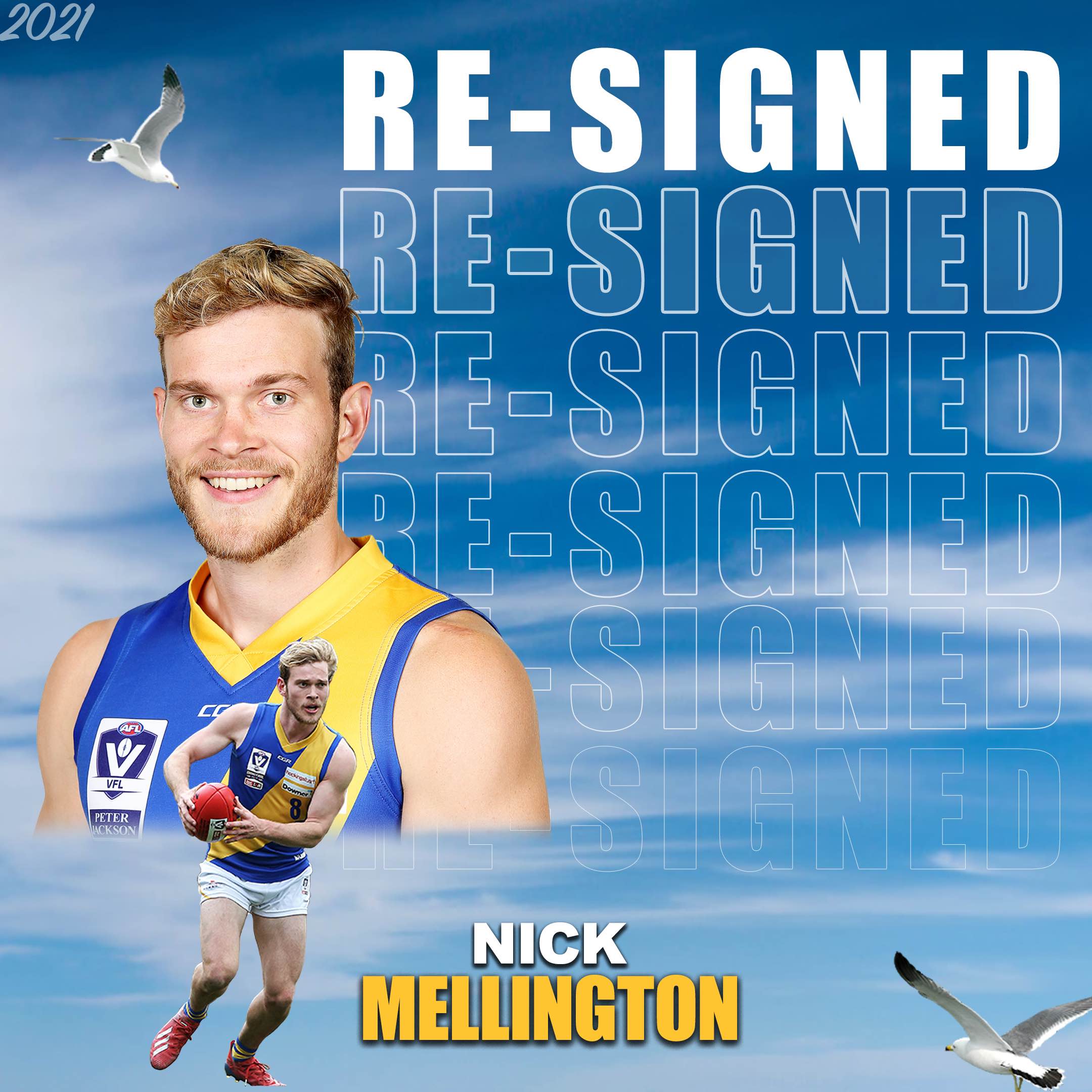 Williamstown is thrilled to announce the re-signing of hard-nosed midfielder Nick Mellington for the 2021 season.

Mellington joined the Seagulls at the end of 2018 and enjoyed a fruitful first season at Downer Oval, which included immediate elevation into the Club’s 2019 leadership group.

Mellington, 24, made his VFL debut for Richmond in 2014 - the same year he captained NAB League club Murray Bushrangers.

The hard-running left footer played 28 games for the Tigers before crossing to Coburg in 2017, spending two seasons in the Lions’ leadership group and notching up a further 32 VFL senior appearances.

The hard-running left footer boasts a penetrating kick and natural ball-winning ability that was on full display in his 14 Williamstown outings in 2019.

A member of the Club’s 2019 grand final side, Mellington averaged 15 touches and five tackles in the blue and gold and added influential grunt and versatility to the midfield group - something GM-Football Stephen Soulsby said is exciting as we edge closer to the new 2021 season.

"His ability to play selfless roles as needed within a game situation is something he has brought to us and he's highly respected within the group."