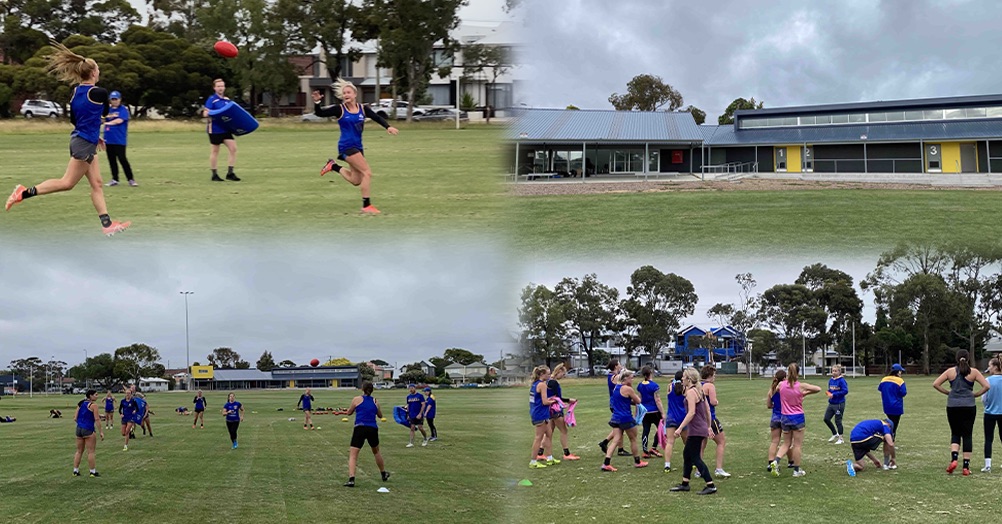 The VFLW side re-commenced its 2021 pre-season training after the Christmas-New Year break on Monday night, as preparations for the new season ramp up.

With Downer Oval unavailable due to the current ground surface redevelopment, Williamstown Football Club has continued its connection with the local Hobsons Bay community by utilising Bayside College as its pre-season training venue.

Williamstown established a community partnership with Bayside College in 2017 and has since helped invest in the upgrade of its second school oval and sports pavilion.

Our Club also introduced its Accelerated Football Program to Bayside’s Year 7 and 9 students that same year and continues to run the program for both male and female students.

The VFLW team will continue to train on Mondays, Wednesdays and Saturdays in the build up to practice games and the season proper - which is due to start in late February.

The AFL confirmed in late 2020 that the 2021 VFLW season would run concurrently with the 2021 AFLW competition.

Adding to the excitement of the new season, the Club has announced many new and exciting signings as the 2021 VFLW list begins to take shape.

Practice matches and the 2021 fixture are yet to be confirmed.

The VFL side will also use the venue when they kickstart their pre-season training in mid-January.