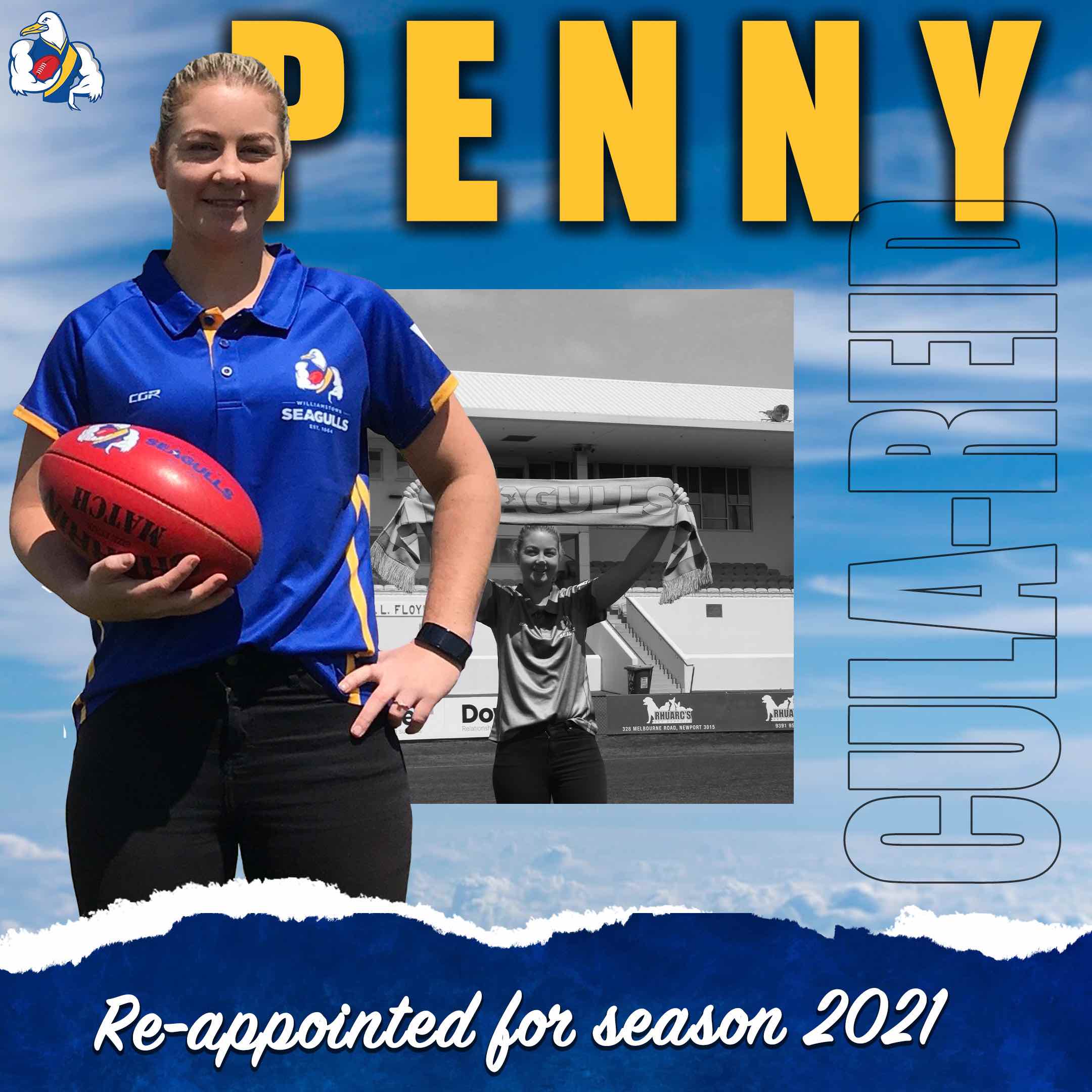 Cula-Reid initially joined Williamstown on the eve of the 2020 pre-season after steering Collingwood to the 2019 VFLW premiership.

Highly credentialed, the 32-year-old is an AFL Victoria VFLW Coach of the Year award winner, played more than 200 games for the St Kilda Sharks, is a seven-time Victorian representative and was drafted by the Magpies for the inaugural 2017 AFLW season.

Cula-Reid said she is excited by the prospect of leading the Seagulls in 2021, after being robbed of a season in 2020.

“I feel privileged to be recognised by the Club to take on the senior coaching role for season 2021,” she said.

“The Club continues to be the trailblazers when it comes to women and girls in sport, having both their senior coach and operations manager as full time employees.

“The extended break due to COVID-19 has allowed me to take full opportunity of all things coaching and development.

“I feel more confident, more prepared and even more hungry to see success in the upcoming season.”

CEO Jason Reddick said: “Since her appointment last year, we have been thrilled with the way Penny has embraced our Club and dedicated herself to driving a professional state level women’s program.

“The whole Club is excited about the upcoming VFLW 2021 season and the opportunity for Penny to lead our VFLW team and showcase our players’ development.”