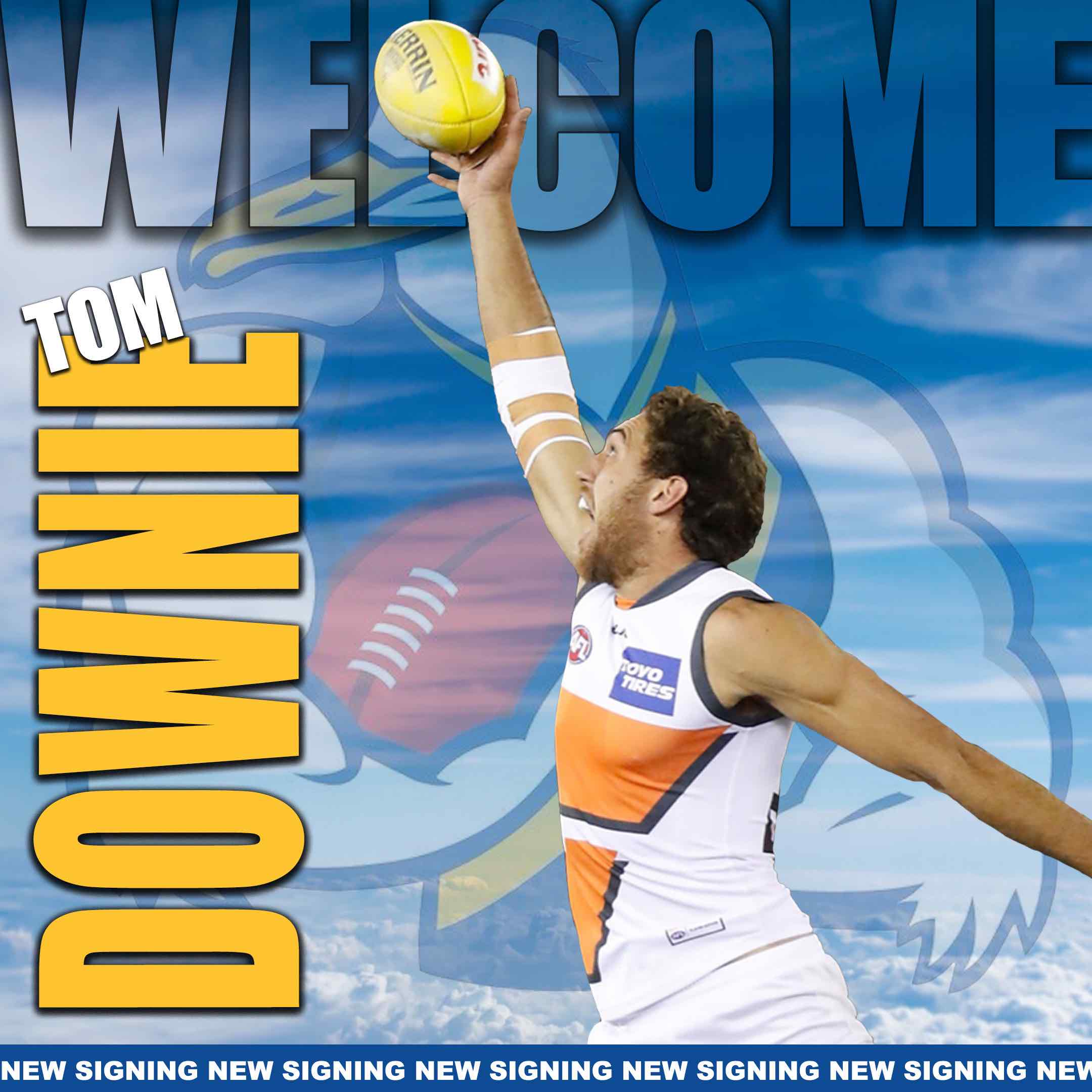 Standing at 203cm, Downie is a major coup for the Seagulls as a big-bodied leading ruckman who can float forward and damage the scoreboard.

Downie is a foundation Giant after being taken by GWS with pick 56 in the 2011 AFL National Draft.

The 27-year-old made his debut against Fremantle late in the 2013 season and played a further eight matches before retiring in 2016.

Downie signed with VAFA club Old Scotch in 2019 and led them to a Premier B grand final berth, capping off an exceptional season with Team of the Year honours and a GT Moore Medal as the competition’s best and fairest player.

Downie played 19 matches for the Cardinals last year and was their leading goal-kicker with 37 majors for the season. He was named in the best players on nine occasions.

GM-Football Stephen Soulsby said Downie’s character will have a profound impact for Williamstown both on and off the field in 2021.

"Having Tom come on board is really exciting for us heading into the 2021 season," he said.

"His ability to play as a ruck/forward gives us a really dynamic look working alongside Joel Ottavi and will be a valuable asset to our midfield group with his experience at AFL level."