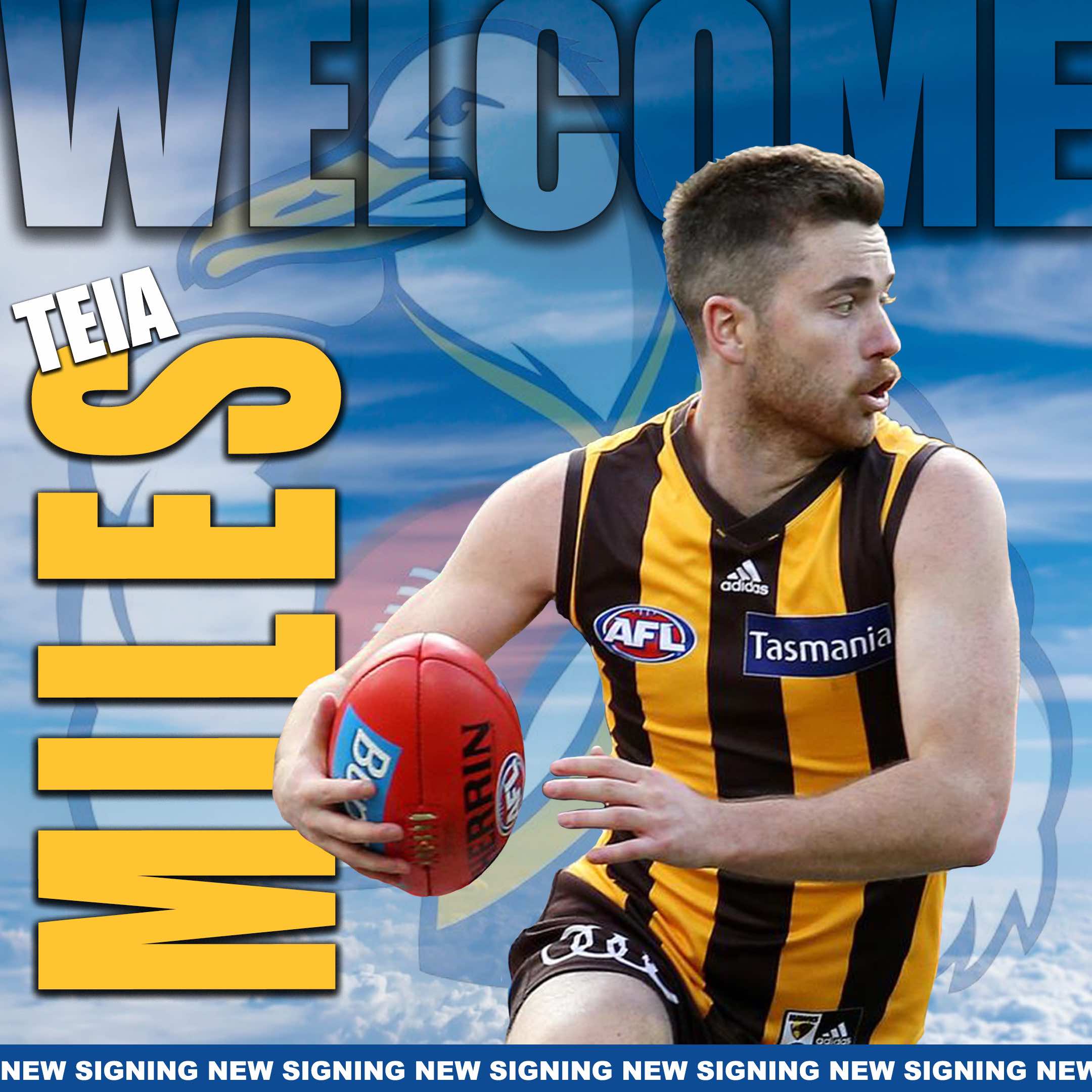 Williamstown Football Club is delighted to announce that former Hawthorn player Teia Miles will call Downer Oval home in 2021.
A Geelong Falcons graduate, Miles was selected by the Hawks with pick 49 in the 2014 AFL National Draft and went on to play 12 matches before being let go at the end of 2019.
The 24-year-old midfielder debuted in Round 2, 2017 and finished the year with four games under his belt, but it was in 2018 where his development was noticed. Miles featured for Hawthorn from Round 16-23 in an eight-game stretch that saw him average just under 17 disposals and four marks. His 23 touches, four marks, four tackles and a goal against Fremantle in Round 19 was the main eye-catcher.
But amongst his AFL appearances, Miles was a damaging mid at VFL level, playing in Box Hill's 2018 premiership and averaging 20.2 disposals and 5.5 marks per game from 17 matches in 2019.
Miles is known for his elite work rate, and his ability to use the ball well and cover the ground is a feature the Club is looking forward to in 2021.
"To have someone of Teia's calibre come on board for 2021 is a great outcome for us. He's someone that can cover a number of positions for us, gives us plenty of versatility around the ground and will continue to set high standards around our Club," GM-Football Stephen Soulsby said.