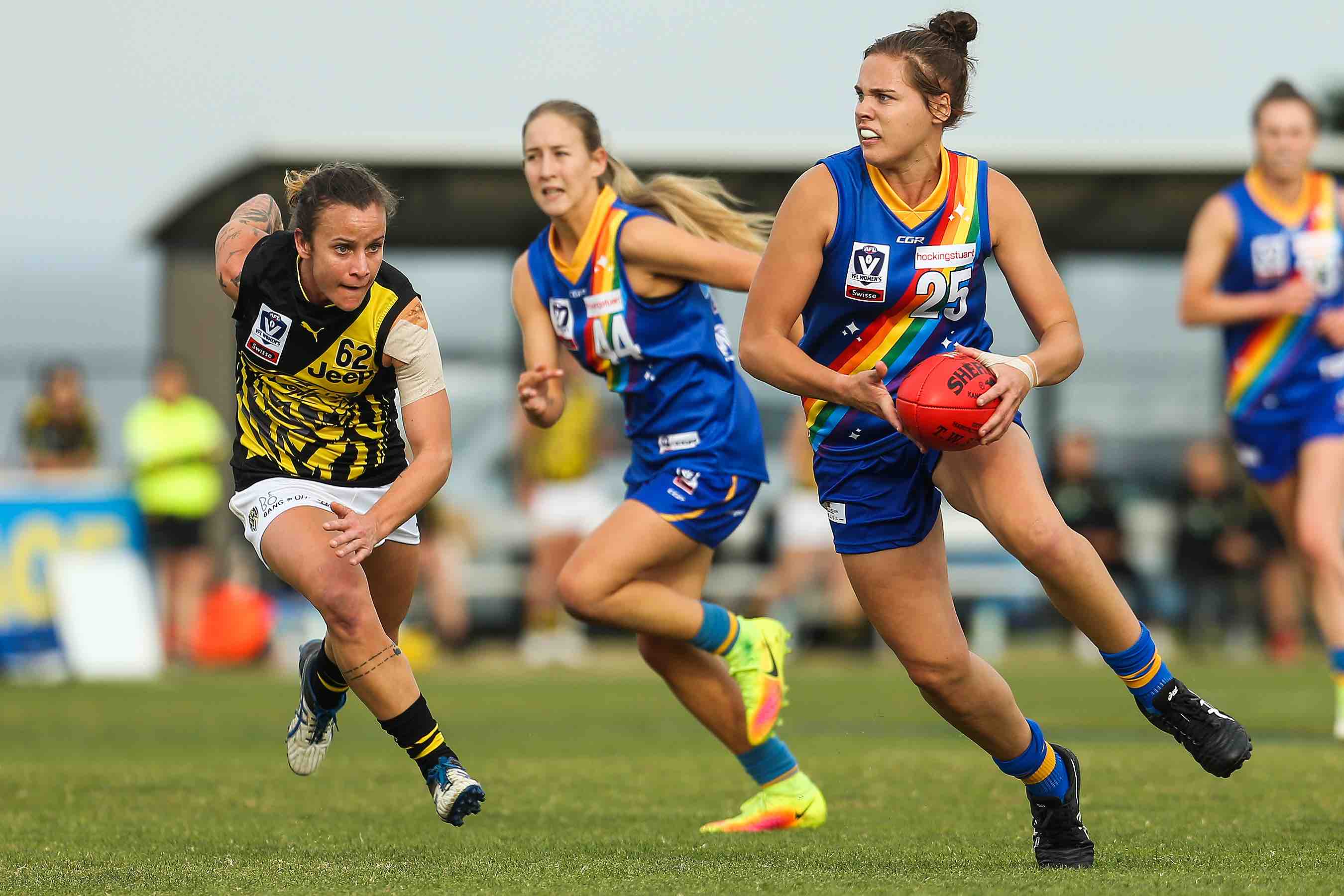 (Jasmine Garner in action for the Seagulls during the annual pride game in 2018. Photo by Martin Keep).

The star North Melbourne forward polled a perfect 10 votes in the Roos’ final home-and-away match of the season after an 18 disposal, three-goal effort against Geelong.

The 25-year-old, who kicked the first ever AFLW goal as a Collingwood player in the inaugural match in 2017, finished with 47 votes.

Garner provided plenty of excitement for Seagulls fans when she booted 10 goals from nine matches during her time at Downer Oval in 2018.

The western region product joined the Roos ahead of the 2019 season and has played 28 games in the AFLW competition as one of the league’s most impactful players.