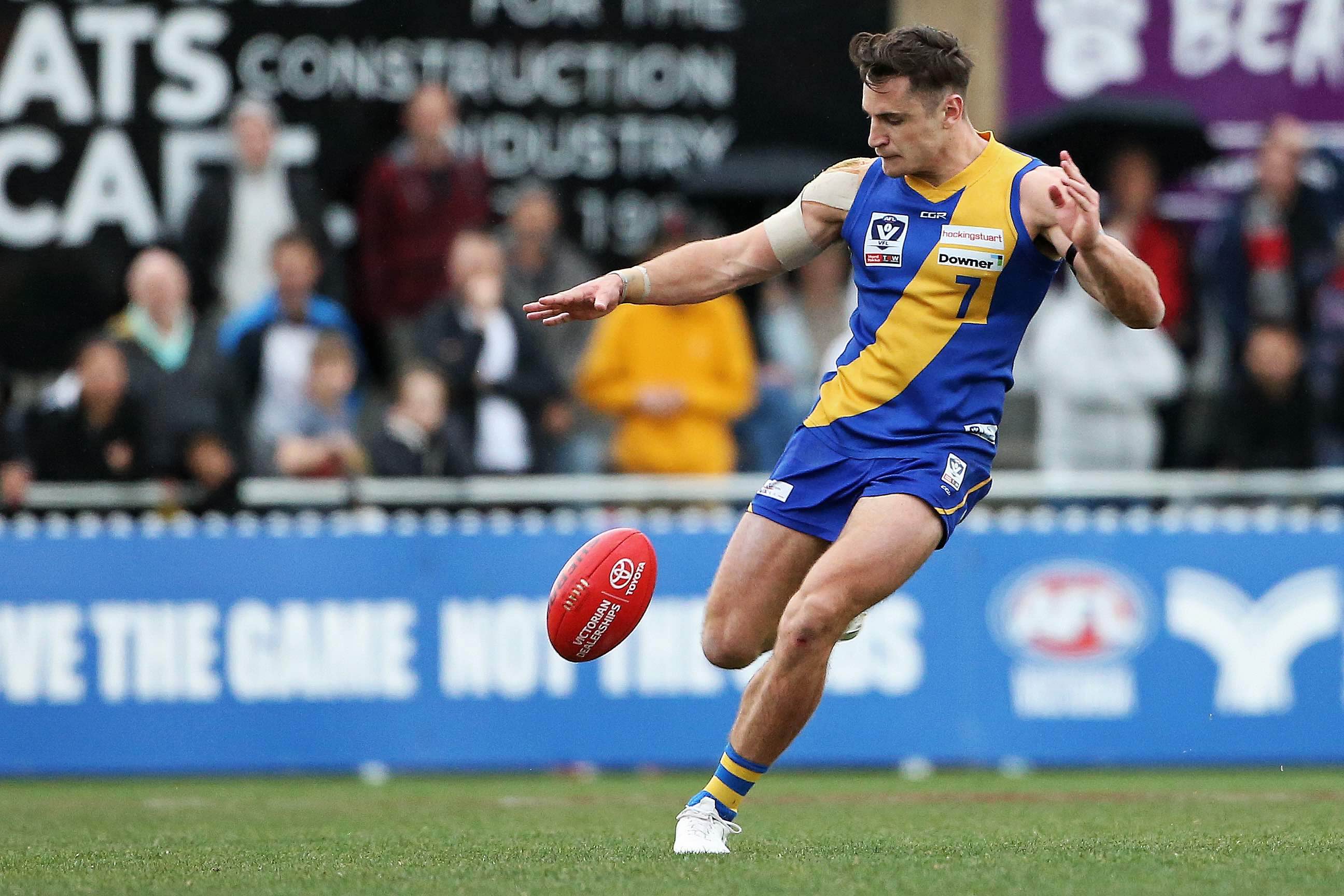 (Hibberd gets a kick away during 2019. Photo by Martin Keep).

Williamstown midfielder Mitch Hibberd will get a second shot at the big time after being selected by Essendon with pick No.10 in Friday morning’s NAB AFL Rookie Draft.

It caps off a stellar season from the prolific ball winner, who was also named in the VFL Team of the Year after averaging 24 disposals, seven clearances and four tackles for the blue and gold in 2019.

Hibberd played 20 matches since arriving at Downer Oval ahead of 2019, having previously played four games during his injury-riddled time at North Melbourne.

But the 23-year-old relished his opportunity and was a key cog in the Seagulls midfield, helping steer the side to another VFL grand final appearance - a game in which he racked up 25 touches.

The big-bodied midfielder also booted 10 goals for the Seagulls and proved difficult to handle for his many revered AFL-listed opponents throughout the season.

"As a footy club we're extremely proud to have assisted Mitch in getting an opportunity at AFL level. Whilst it is sad to see him go, we wish him all the very best for his new AFL journey with Essendon," GM-Football Stephen Soulsby said.

It adds to the recent success of Seagulls taking the path through to the AFL system, with Michael Gibbons (Carlton), Ben Cavarra (Western Bulldogs), Brett Bewley and Lachie Schultz (both Fremantle) joining AFL clubs following 2018 after success with Williamstown.