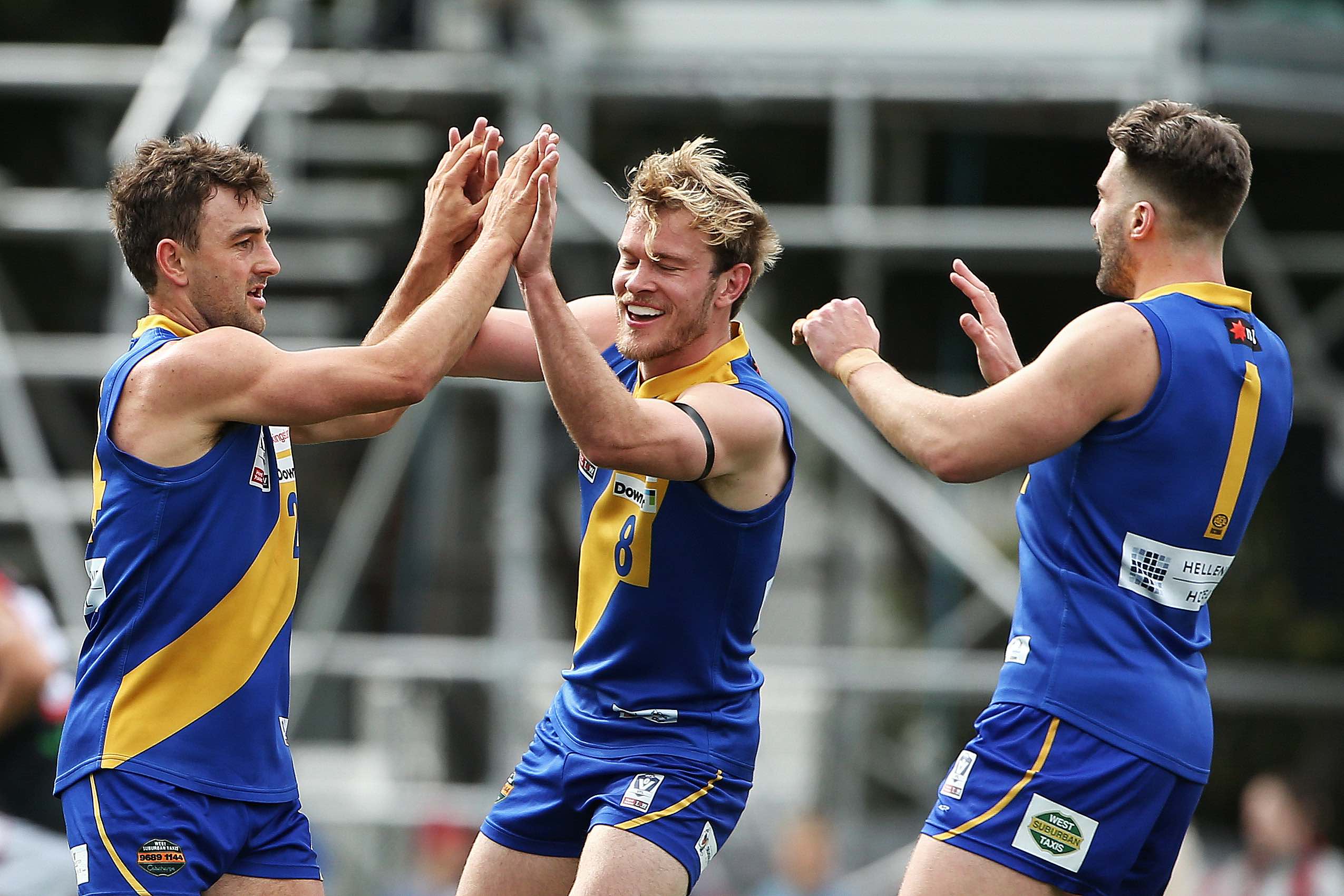 Williamstown coach Andrew Collins has hailed the efforts of his players to overcome several obstacles throughout the 2019 season and reach the grand final.

The Seagulls finished the season with 13 home-and-away wins, enough to cement third spot on the ladder and eventually reach their 13th preliminary final in 14 years and first grand final appearance since the 2015 flag.

But it hasn’t all been smooth sailing.

“We didn’t start the season very well and internally we were a little bit concerned,” Collins said at this week’s grand final press conference, accompanied by captain Adam Marcon and Richmond’s Craig McRae and Steve Morris.

“I was definitely having private conversations with the captain, how we can gel this group and develop this group.”

Collins said he’s been pleased with several players’ ability to not only fill a void but be a crucial cog in a Williamstown wheel that is aiming for its 17th premiership.

“It’s a real credit to the playing leadership group led by Adam,” he said.

"We’ve come together as a really strong team. The great thing about our squad is we’ve got some talent and when a player leaves, it’s amazing - another player will step up.

“They just need opportunity, and that’s the great thing about a stand alone footy club - they provide that opportunity.

“We’re really pleased with their development not only as footballers but also as people.”

Marcon, who recently celebrated his 150th VFL match in the qualifying final win over Footscray and this week comes up against his former side, said there is a “really exciting” feeling around the club.

“It was a little bit of relief (after the preliminary final), but it’s amazing how quickly you move on and the boys are pretty hungry straight away to focus on the grand final,” he said.

“We know that they’re a really strong club and VFL team so we’re going to have our work cut out for us on Sunday.

“Steve and I were talking before, we sort of looked at each other and said ‘one of us is going to be a premiership captain on Sunday’. If it is to be the case it will be a huge honour and a privilege.”