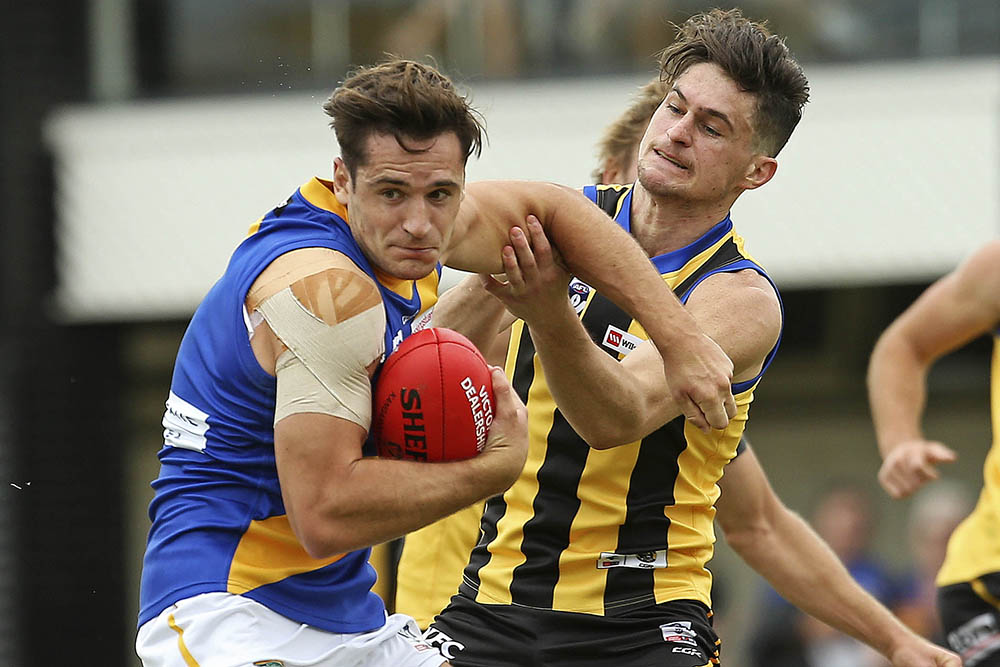 Williamstown has suffered their first defeat of the 2019 season with a 24-point loss to Sandringham on Sunday afternoon.

The Seagulls faced a strong lineup featuring a number of St Kilda listed players in a tough day at the office.

Captain Adam Marcon did all he could to will his side over the line with a commanding performance in the midfield. Willie Wheeler and Sam Martyn were also strong in the midfield against the likes Armitage, Clark and Dunstan.

Jaylon Thorpe was swung forward in the second half and provided a really strong target for the Gulls kicking three goals while Nick Rodda continued his strong start to the season with three goals of his own.

The Seagulls played a much improved second half with some ferocious pressure a key part of the game resulting in those goals to Rodda and Thorpe.

Nick Meese was once again influential in game 150, also kicking a goal to go with his 30 hitouts.

Sam McLarty was strong down back taking several intercept marks while Leigh Masters and Jack Charleston were at their consistent best in the back half.

Ben Kennedy and Mitch Hibberd continue to get better each week as they adapt to their new side, with both having a positive impact on the game.

The Seagulls will play Footscray next week on Sunday morning at 11.40am at Downer Oval.